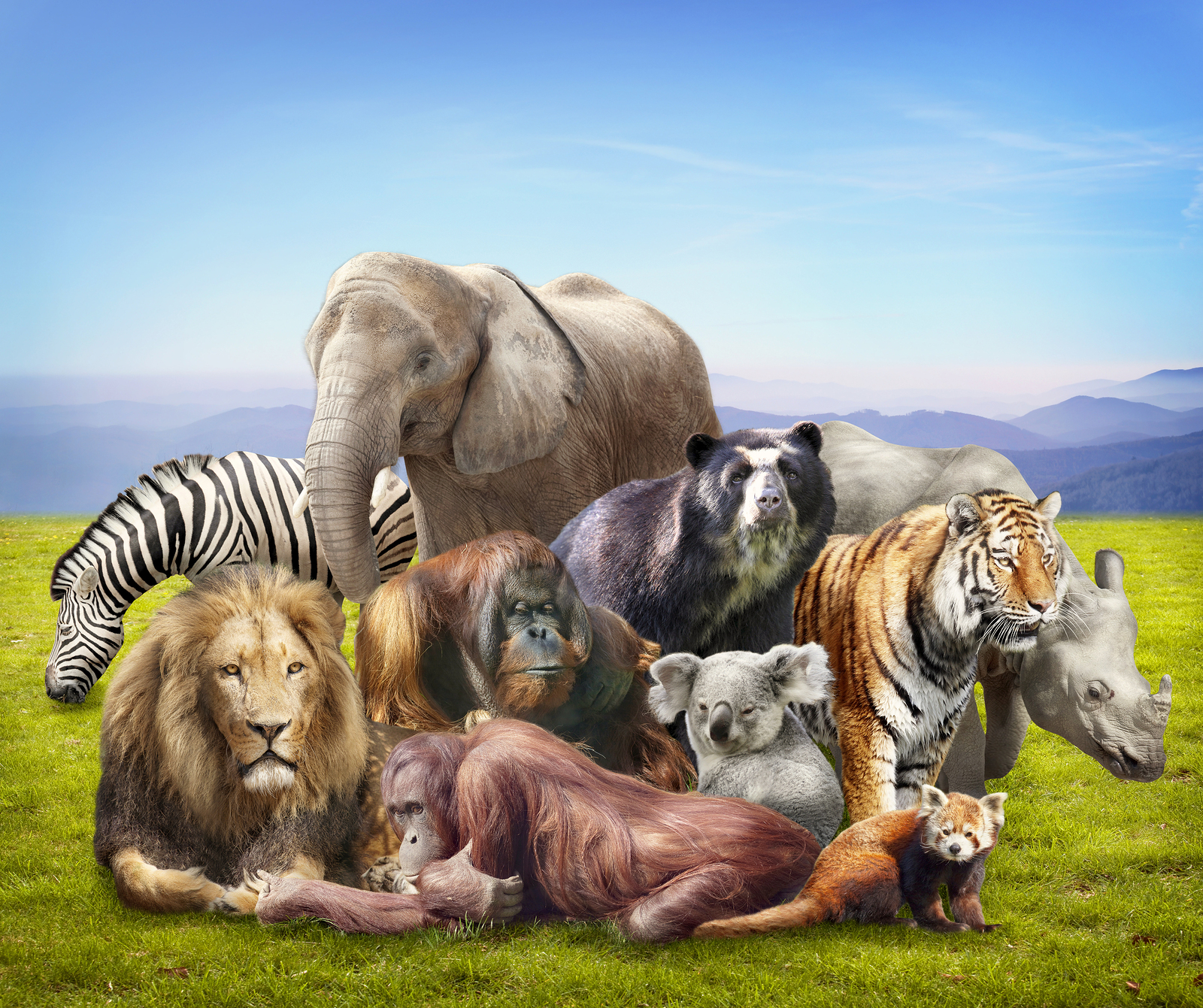 Mammals are a group of warm blooded vertebrate animals, which means that they have backbones. Mammals are in a class that is distinguished by the possession of hair or fur, and the ability to produce milk by females for the nourishment of the young, and (typically) the birth of live young. Humans are also apart of this category. Mammals also have a more well developed brain than most animals. Examples of mammals include lions, elephants, whales, dolphins, rhinos, bears, monkeys, sea lions, squrriels, giraffes, and so many more. 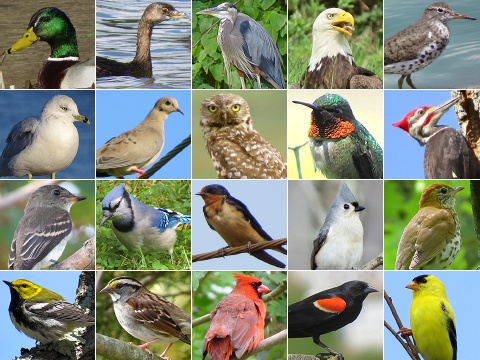 Birds are warm blooded vertebrates which means they have backbones, and are the only animals that have feathers. All birds have wings but, a few different species can't fly. These groups of birds can't fly, sing, and their wings are much more fluffier than most feathers. Exmaples of birds that can't fly include ostrich, emu, penguins and much more. Examples of birds include the bald eagle, crows, Canada Goose, Flamingo, owls, ducks, Swans, peacocks, and many more. 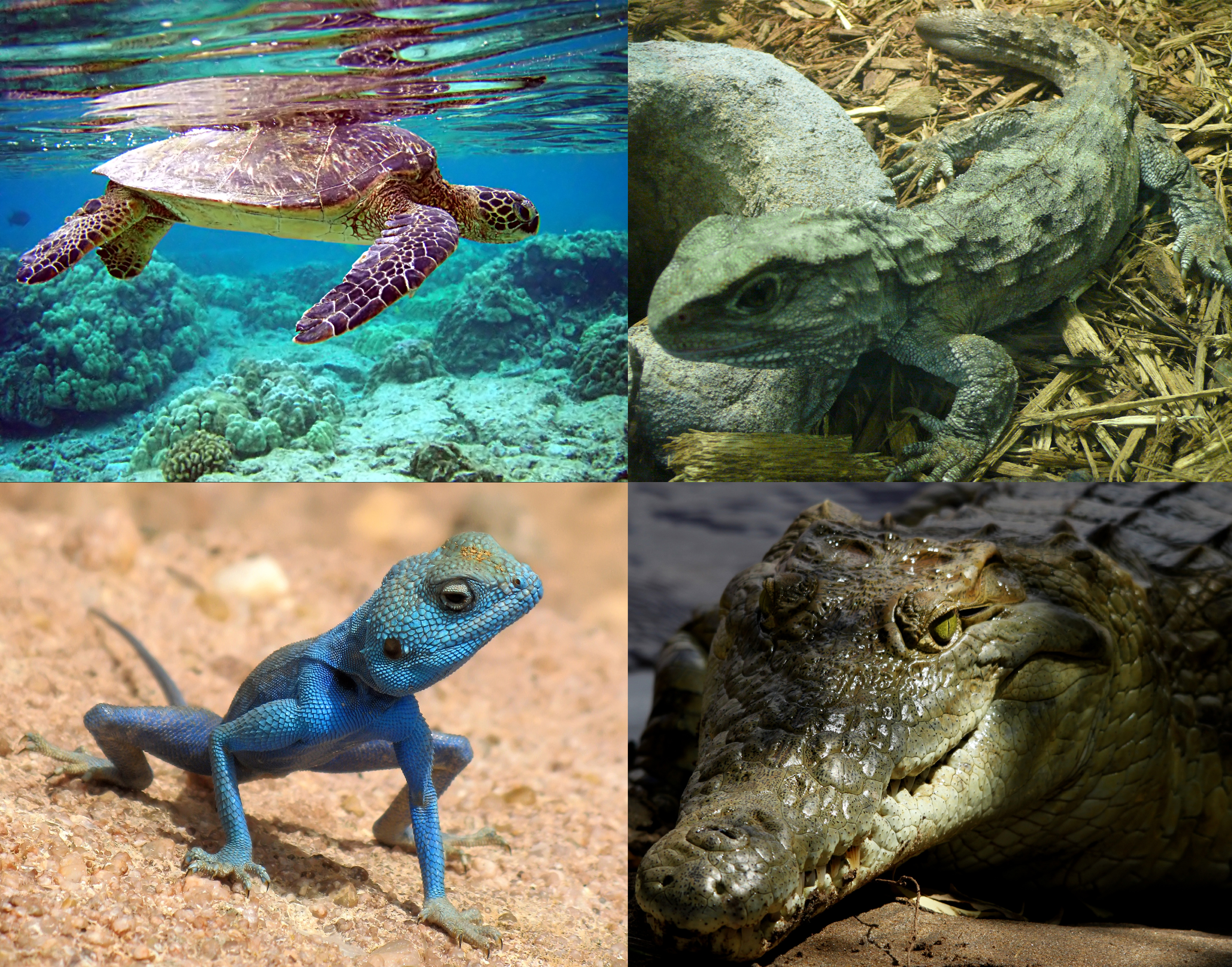 Reptiles are cold blooded vertrates which means they have backbones, and have a body temperature varying with the envirnoment they are in. They have dry skin covered with scales or bony plates and usually lay soft shelled eggs. Examples of reptiles include alligators, snakes, chameleons, turtles, crocodile, lizards, and so much more. 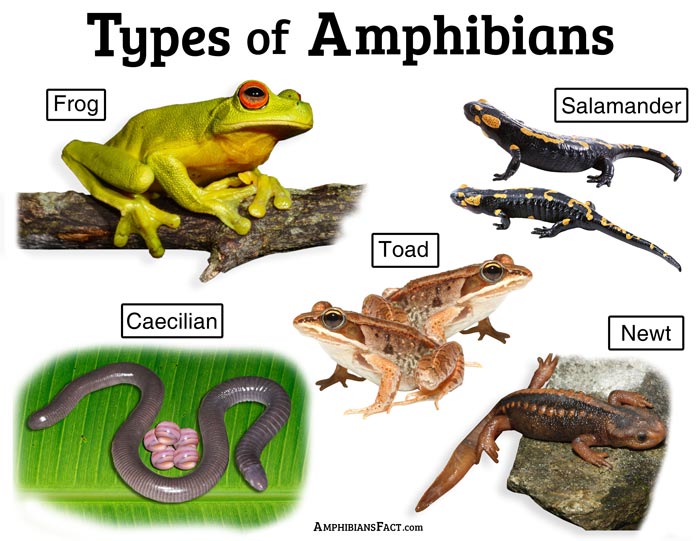 Amphibians are cold blooded vertebrates which means they have backbones, and their body temperature adapts to whichever envirnoment they are in. They mostly live in forests, meadows, rivers, streams, ponds, and bogs. Amphibians also are known to lay eggs in the water, where their babies, called larvae or tadpoles live in the water and have gills to help them breathe. Examples of amphibians include different kinds of frogs, toads, newts, and salamanders. 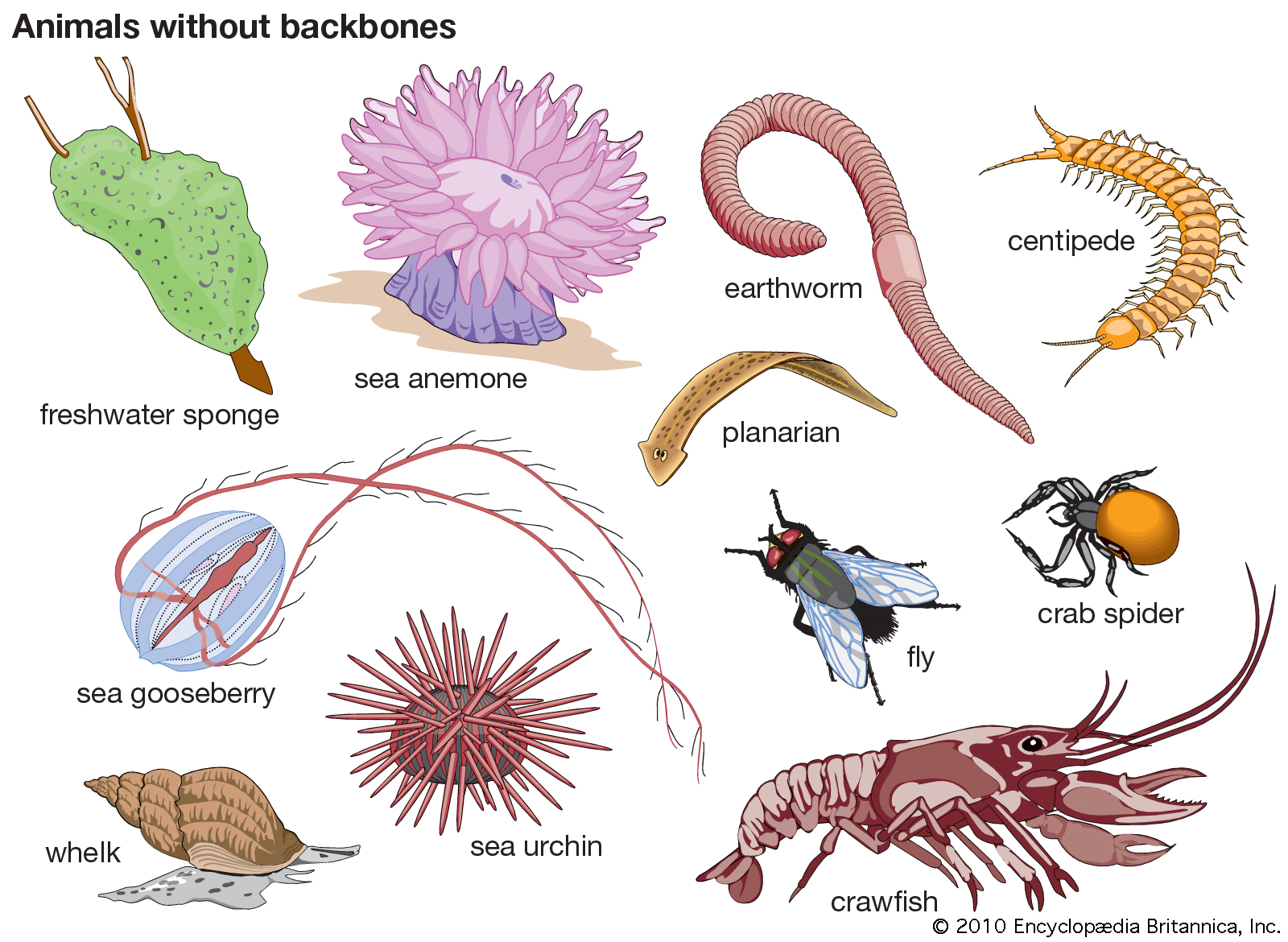 Invertebrates are animals that a lack backbone or a boney skeleton. They range in size from being so small that they are almost invisble to the naked eye, or as big as 50 feet. Examples of invertebrate include any type of bug or spider, crabs, worms, squid, jellyfish, butterfly, octopus, and much more.

Fish are aquatic animals that are vertebrate, which means they do have backbones, that live in water and depend on gills to breathe. They don't have limbs like most animals, however they do have fins that they use to swim around the water. Examples of fish include sharks, eels, clownfish, stingrays, seahorse, and much more.